National Air Services Company (NAS Holding) consists of: flynas, Saudi Arabia’s first budget carrier, which commenced scheduled service in 2007 from its base in Riyadh and operates to destinations across the Middle East, Asia, and Europe; NasJet, a Private Aviation Service Provider, which specializes in the management and lease of corporate jet aircrafts; and NasTech an MRO provider catering to the single-aisle aircraft and business jet sectors.

flynas operates a fleet of Airbus A320-200, Boeing 737-800, and Embraer 190/195 aircrafts. The airline was awarded “Best Saudi Arabian Aviation Company” in 2012 by Middle East’s Arabian Business magazine for overall industry contributions and improvement of services such as web check-in and mobile boarding passes. 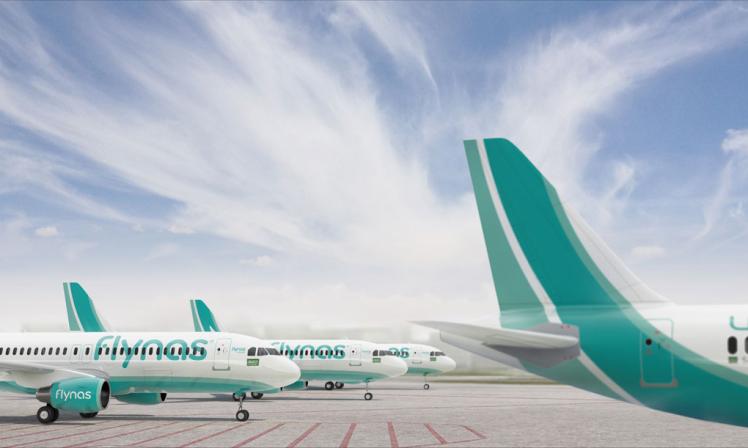 With an accelerating growth in business and operations, NAS Holding was also growing as a team and as a network. As a result, the functions of Human Resources, Contract Management, and Information Technology needed more automation and structure. The HR department had 10,000+ files with over 1 million pages of different sizes and forms in both English and Arabic including critical skilled aviation certificates, all needed to be digitized and indexed in record 45 days. The digitized documents then had to be released to a document management system that was also going to be implemented in other departments as well to ensure that going forward every paper produced or received gets digitized in due time. The departments to be involved in electronic document management were: Cabin Maintenance, Contract Management, flynas PMO, Information Technology, Legal, Materials, Human Resources, NAS Aviation, NasTech Human Resources, OSPM, Planning, President’s Office, Procurement, Tech Library, and Technical Contracts.

To further streamline operations in the three functions mentioned earlier, NAS Holding wanted to implement a business process automation system to automate and map the business processes of Contract Management and requests to the Information Technology department. This also required integration with the ERP in place which was Oracle Financials, to ensure consistency and accuracy in data across all systems.

The solution implemented by NVSSoft® Saudi Arabia included three systems by NVSSoft®: ArcMate Enterprise® Document Management System, ArcMate Capture® High Volume Scanning Solution, and ArcMate EZIFlow® Business Process Management System, in addition to professional services of implementation, integration, and training.
Scanning and indexing over a million pages in 45 days accurately can be tricky. ArcMate Capture was used to build a workflow comprised of manual and automatic stages for scanning, image enhancements, form recognition, pulling relevant data from the ERP system automatically, indexing and data entry, and customized release to ArcMate Enterprise® Document Management System.
Kodak i3200 production scanners with speeds of up to 50 pages per minute were used, and barcode separators were implemented for automated indexing and classification.
ArcMate Capture® provided a simulation of the optimal throughput and productivity reports to analyze efficiency.
Scanning was done on premises during working hours, achieving an accelerated throughput that reached 50,000 pages per day. Processes such as image enhancement and release to ArcMate Enterprise were done on a 24/7 background processing server of ArcMate Capture to take the load off the network and the workstations during peak hours.
ArcMate Enterprise® web-based enterprise document management system was implemented at the various departments of NAS Holding providing a centralized scalable repository for documents with secure access over a user friendly interface available in English and Arabic. Additional features such as Active Directory integration, internal e-mail, digital signatures, Microsoft Office integration, disaster recovery, multiple server operation, data import and migration wizards were implemented to give NAS Holding maximum control over its information.
In parallel with the scanning and the implementation of ArcMate Enterprise®, the processes of NAS’s contract management  were being mapped to ArcMate EZIFlow® through an advanced process designer, and electronic forms were built and integrated with emails so that the users can work on their tasks from within Microsoft Outlook. The Contract Management System built using ArcMate EZIFlow® also featured digital signatures, versioning control, comparison of Microsoft Word files,  integration with Oracle Financials, and release of finished processes with all related information and attachments into ArcMate Enterprise® Document Management System.
ArcMate EZIFlow® was also used to automate all requests to the IT Department, also using digital signatures and integrating with Microsoft Active Di